What’s so important about play? 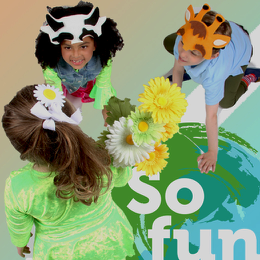 child creative play is child-led. It is a series of choices and constructs initiated by the child. The desire to play to not unique to humans; it is observed across diverse species throughout evolution.[1] According to Dr. Doris Bergen,[2] as reported in the Journal of Early Childhood Research and Practice:[3]

“There is a growing body of evidence supporting the many connections between cognitive competence and high-quality pretend play. If children lack opportunities to experience such play, their long-term capacities related to metacognition, problem solving, and social cognition, as well as to academic areas such as literacy, mathematics, and science, may be diminished. These complex and multidimensional skills involving many areas of the brain are most likely to thrive in an atmosphere rich in high-quality pretend play.”

In addition, psychologist Lev Vygotsky’s[4] ground-breaking work found that Imaginative play is a crucial component of a child’s cognitive and behavioral development:

As such, we believe that creative play is even more important to children with disabilities. According to research (Casby (1997), Neeley, Neeley, Justen and Tipton-Sumner (2001), etc.), children with language, cognitive and developmental disabilities develop through play similarly to their average-developing counterparts. In fact, according to the extensive work of Dr. Maite Garaigordobil Landazabal,[5] the effects of creative and social play on study participants with lower pre-intervention test scores showed the greatest improvements in multiple studies across children ages 3 through 11 years.[6][7]

[2] In 2000, Dr. Bergen received the NAECTE/Allyn-Bacon award as Outstanding Early Childhood Teacher Educator and was also recognized as a Miami University Distinguished Scholar. She is director of Miami University’s Center for Human Development, Learning, and Teaching, which conducts interdisciplinary research and education for professionals who work with at-risk populations.

[4] Vygotsky was a pioneering psychologist and his major works span six separate volumes, written over roughly 10 years, from Psychology of Art (1925) to Thought and Language [or Thinking and Speech] (1934).

[5] Dr. Garaigordobil Landazabal is the author of 29 books, 60 chapters, and more than 140 articles of research published in journals of recognized national and international prestige. Among her many prizes, she was awarded the First National Award of Educational Research in 1994 and 2003, granted by the Ministry of Education and Science; in 2012, she received the Nicolás Seisdedos Prize for the best Research Work in Psychological Assessment.